Ponies and the Pleistocene--Columbian Mammoths 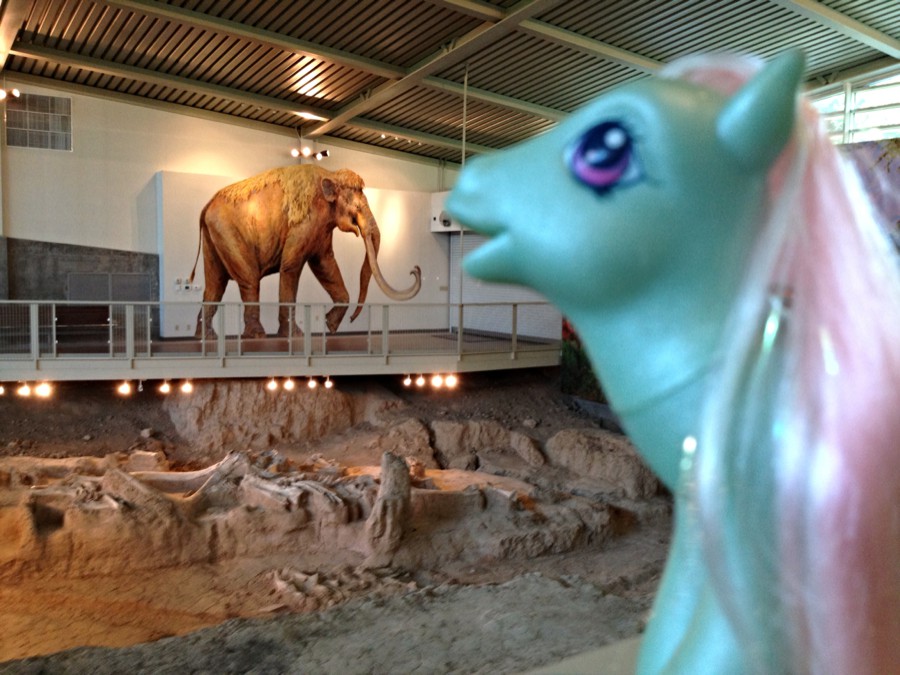 It's the first Ponies and the Pleistocene! Let's see how this works.

I work at the Waco Mammoth Site, one of only six in-situ fossil sites in the U.S. It is exactly what it says on the tin—it's in Waco, and it has mammoths!

Our mammoths are not woolly mammoths. It seems that as long as Texas has been in its current location, it has always been hot, so it wasn't a good place for woollies. We have Columbian mammoths instead, which were second only to steppe mammoths in size. The males averaged 14 feet (about 4 meters) at the shoulder! They lived during the Pleistocene epoch, going extinct only 10,000 years ago.

Minty is standing across from Mammoth Q, our male who we nicknamed Quincy. He is located under the platform, and the mural is based off his measurements.

As I make these posts, I will talk about some of our different fossils, how these animals died, and different aspects of my job. This will act as filler art on weeks when a comic isn't possible. I'm excited!