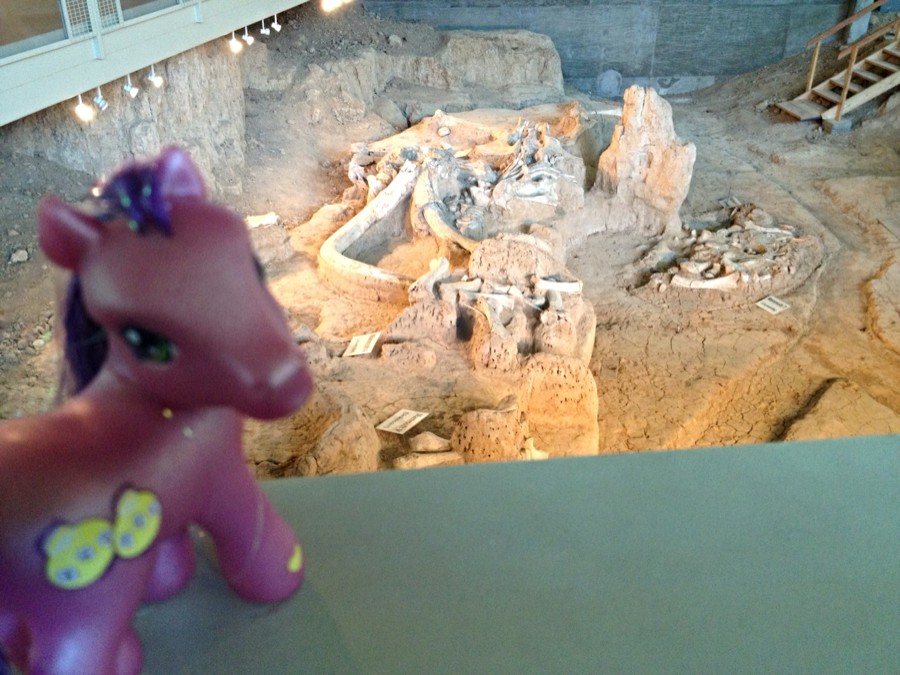 The Waco Mammoth Site is the result of an ancient death trap, a flood plain near a tempermental river. As a result, we have layers upon layers of bones. While we are famous for the nursery herd of mammoths found in the lowest level of the site, the star of the site is Mammoth Q, the male found in the uppermost level. Male mammoths were solitary, but Q was found with a calf and at least one adult female, leading to speculation that the group died during mating season.

Science is constantly developing as new evidence is found. This week, the WMS received new data regarding our dates. Previous tests indicated that the two major groups died approximately 68,000 and 53,000 years ago. Newer tests have adjusted this slightly, to roughly 65,000 and 51,000 years ago. These latest tests have a margin of error of 7%. When new samples are taken in the next year or two, we should be able to get that margin down to 1%. It is so exciting to watch these mysteries unravel!