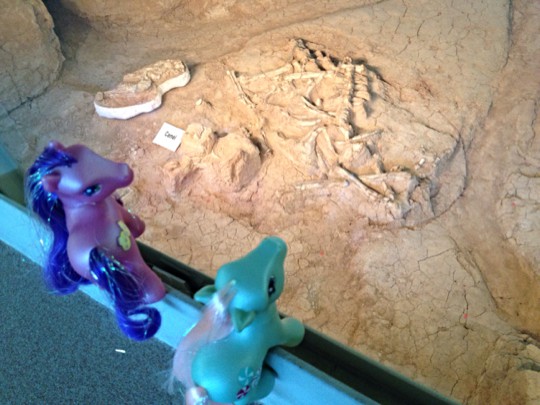 The Waco Mammoth Site has more than just mammoths! In the lowest level we've excavated, we found the Columbian mammoth nursery herd, but a few meters away, we also found a camel.

A camel? Why, yes! Camels, like horses (and rainbow-colored ponies), originated in North America. They migrated out, giving rise to the dromedaries, alpacas, llamas, and other modern camels.

This particular camel is an adolescent, either Camelops hesternus or C. huerfanensis. Both species often are found near mammoths or bison, apparently enjoying the safety of large animals in herds.