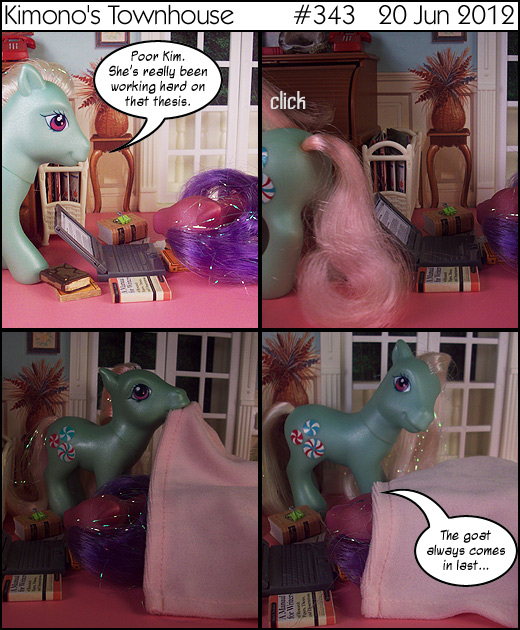 Apparently, I said this to my husband late Monday night. He said I then nodded, gave him a knowing look, and said, "It's true." We decided it sounds suspiciously like spy code, but I'm not aware of any spy work I'm doing. Then again, that is what I'd have to say in public, isn't it?

For those who keep score, no, I don't know why it's farm animals so often.