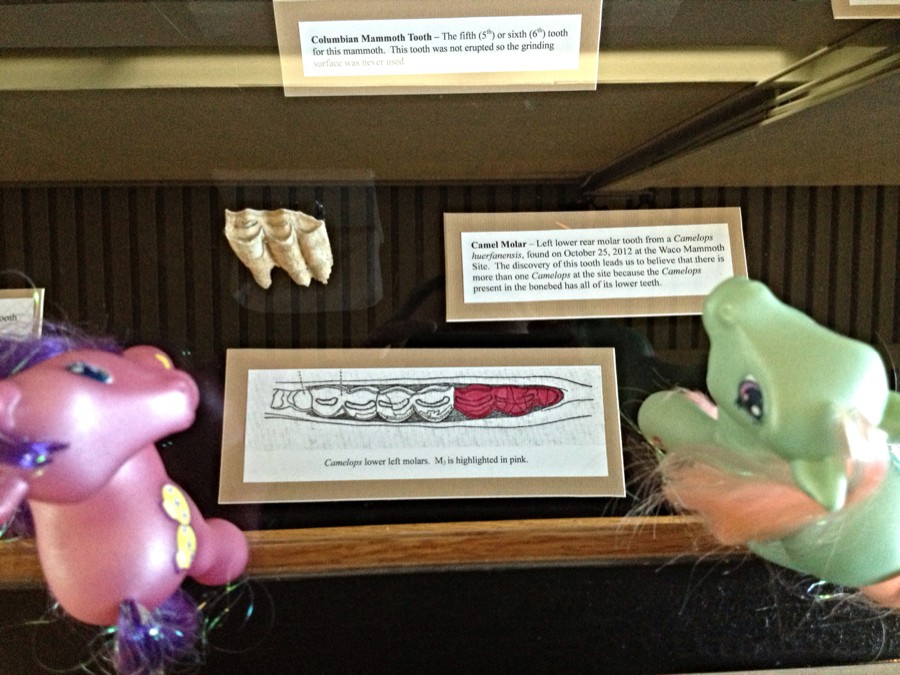 The Waco Mammoth Site, discovered in 1978, has been open to the public since December 2009. The park is still in development. In the future, it will have a museum, classrooms, and research facility. Excavation is on hiatus, waiting for the research facility.

While we anxiously wait for excavation to resume, we find other ways to research.

One of my favorite tasks at the site is prospecting, looking for new fossils. The site is located on a flood plain, and erosion is a concern. After a storm, I survey the site, checking for affected areas. If a fossil is uncovered, it is salvaged, and we take steps to stop the erosion in that area, securing it for future excavation.

Of the fossils I've discovered, the one we're most excited about is this camel molar. The camel in the previous Ponies and the Pleistocene has all of its teeth, meaning this tooth is from a second camel. We've expanded our roster! This animal, Camelops huerfanensis, was the size of a large, modern camel, but more closely resembled a modern llama in appearance.